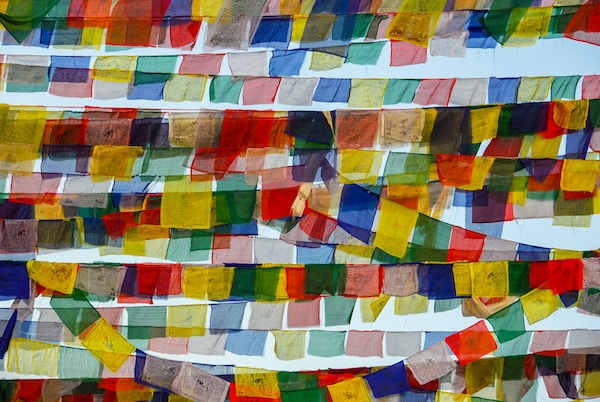 16 May Five things to Know about Surya Namaskara

Sun salutations, flows, vinyasa flows, surya namaskara. Heard these phrases before? They can all mean the same or similar things depending on the yoga class you’re in. It usually refers to a series of poses completed one breath per movement towards the beginning of a yoga class. Why do we practice it? And where does it come from? Here are a few facts about the surya namaskara.

It warms up the entire body

The specific series of movements can change depending on who’s teaching and where their style of yoga originated. But it usually consists of a standing position, a forward fold, plank, a back bend, and downward facing dog. It can also include lunges and other movements depending which series you’re working with. Regardless, this allows us to build heat in the legs, arms, and the core. Plus help us to open up the heart space, the backs of the legs, and the shoulders. It’s the perfect way to warm and open the body to move deeper into the rest of your yoga practice.

Surya namaskara translates to sun salute. Traditionally done at sunrise, this movement is about saluting the sun and being thankful for its light, warmth, and energy. It helps us to appreciate that there is something large than us and something that unites us all. This helps us to put our own issues and concerns into perspective.

It may have stemmed from an over eager monkey

In the tales of ancient gods and goddesses, there was once a monkey hero Hanuman. When he was young, he thought the sun was a very large, very bright mango. He used his super powers to jump all the way into the sky and put the sun is his mouth. The whole world went dark. The other gods didn’t like this so shot him in the jaw with an arrow. Later in the tale, Hanuman decided he needed a teacher and asked the sun. The sun decided he would, only if Hanuman could keep up with him. They travelled the universe together with hanuman travelling backwards, always facing his teacher. They say the series of poses of the suyra namaskara has us travelling backwards, always landing in downward facing dog at the back of our mat. While we can’t know if this is true, it’s a cute story. The money and his sun.

Often we think moving through full variations (eg chaturanga on your toes rather than the knees) builds more strength than modifying. The problem that we often run into is that we can be using incorrect alignment when we lack strength and therefore be putting strain on joints rather than building strength in the right areas. When we modify, we build the strength we need, so that when it comes to full variations we can do it safely and using the correct muscles.