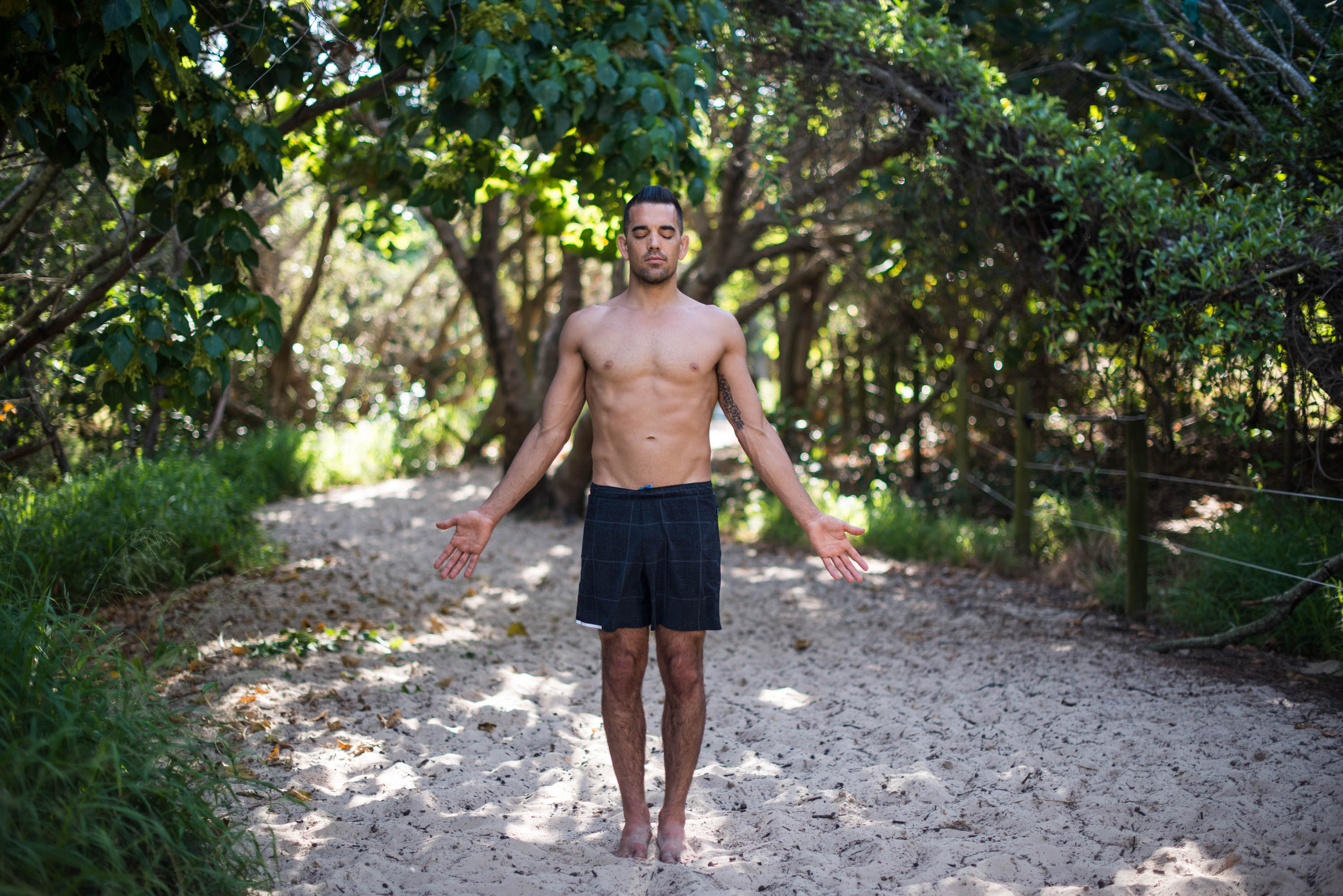 09 Feb Who is Dustin Brown?

Our studio co-founder Dustin was recently interviewed by German yoga teacher and blogger Felix Kruck, as part of his latest series of interviews with people who have inspired him along his yoga journey. Felix aims to bring his readers closer to yoga; especially men, and we couldn’t be more grateful to be included in this amazing project! With Felix’s permission, we have shared his interview with Dustin for you to read:

When and why did you start practising yoga?

– I started in 2008 after my wife completed a 30-day hot yoga challenge. She was hooked and kept persisting that I gave it a try. After much resistance, I did my first class and was instantly hooked.

Describe yoga in one word?

What’s your most unforgettable yoga experience?

– To be honest, there are many, however, last Sunday I practised in Eoin Finns class and it was simply amazing. We ended in a giant circle with 250+ people singing Om. Truly special!

What’s your statement about “men & yoga”?

– Well, I will quote Michael James Wong “To most guys, yoga is pink lycra and vegan chicks. It’s breathing deeply while doing poses named after animals and feelings. It’s done in dimly lit rooms with candles and incense, followed by gluten-free cupcakes and kale smoothies. And if that’s your mentality then you’re not alone. But it doesn’t mean it’s right.

Not all yoga is fluffy and gentle; it can make you sweat, it can push you to your edge. And through the practice the body will get stronger and flexible, the mind calmer, and life a little less chaotic. You’ll find that ‘just making shapes on the mat’ can be a whole lot more challenging than it sounds. Yoga can give you the physical workout you may want, but go deeper and you’ll realize it’s so much more. Whether you see it or not, yoga has shifted, it’s hit the mainstream, but the perception of it is still one-dimensional. We only ever see the pretty little bendy girls slapped across the pages of the magazines and flooding our Instagram feeds, but the truth is there is a whole other breed of yogi out there.

BOYS OF YOGA, the uncelebrated minority, a crew that believes in the strength and flexibility that yoga offers both on and off the mat. To us, yoga is a culture and a lifestyle, not just a practice. And similar to surf, skate and snow sport cultures, yoga creates a community of the like-minded. The deeper you go, the more it pulls you in. Once you move past the stereotype, it’s pretty simple:  yoga is good for everyone, the benefits are undeniable.

What started as a casual conversation about how guys are seen as the secondary citizens in the yoga scene, has turned into a movement to challenge the way we view yoga in the Western world today.  Some guys think that yoga makes you less of a man, the truth is it makes you a better one.

What advice would you give someone who wants to start doing yoga?

– Start! Just Do it!! Remember that you do not judge your practice by your ability to do the poses but by the way you feel after and your ability to connect to yourself on a deeper level.

Thank you Felix for taking the time to feature Dustin on your blog! We look forward to welcoming you to Warrior One Yoga when you visit Australia! Namaste.